About the Asheville Housing Authority

The Housing Authority of the City of Asheville has grown to 10 public housing developments with 1,534 units, 248 special program units and administers the Housing Choice Voucher Program to subsidize housing for more than 1,355 low-income individuals and families. From the Great Depression to the Information Age, HACA has given families and others a chance to come home to a place that is more than just an address.

​​Asheville Housing’s mission is to provide safe, quality, and affordable housing, to expand available resources, and to collaborate with the community to create opportunities for resident self-reliance and economic independence. Our core values are Compassion, Equity, Fairness, Integrity, Openness, Patience, and Respect.

Mountain Housing Opportunities is a private, non-profit community development corporation, whose mission is to build and improve homes, neighborhoods, communities, and lives, and to build hope and dignity in the people we serve.

From the beginning, we started with a very simple but very important idea: safe homes in a good neighborhood are essential not only to the family who lives there, but also to the health and well-being of the entire community. Now, 30 years later and with all of your generous help, more than 5,000 families and over 10,000 people have saved or found their home through Mountain Housing Opportunities.

Today, we continue to serve our community through various programs that aim to create safe, attractive, and affordable housing for our area’s citizens.

Help us make a difference in your community!

You don’t have to take on all of the problems in the community to solve them, but you can make a difference in your own neighborhood. You can help people in your own backyard. All you have to do is lend a hand to someone, not write a big check! They may be down the street or across town, and their needs could be as small as needing to patch up a wall or mow their lawn! Any effort counts towards making the whole community a healthier, happier place.

Please donate today to help more of our neighbors in need. We will put your contribution to work right away in the community to improve homes and lives. 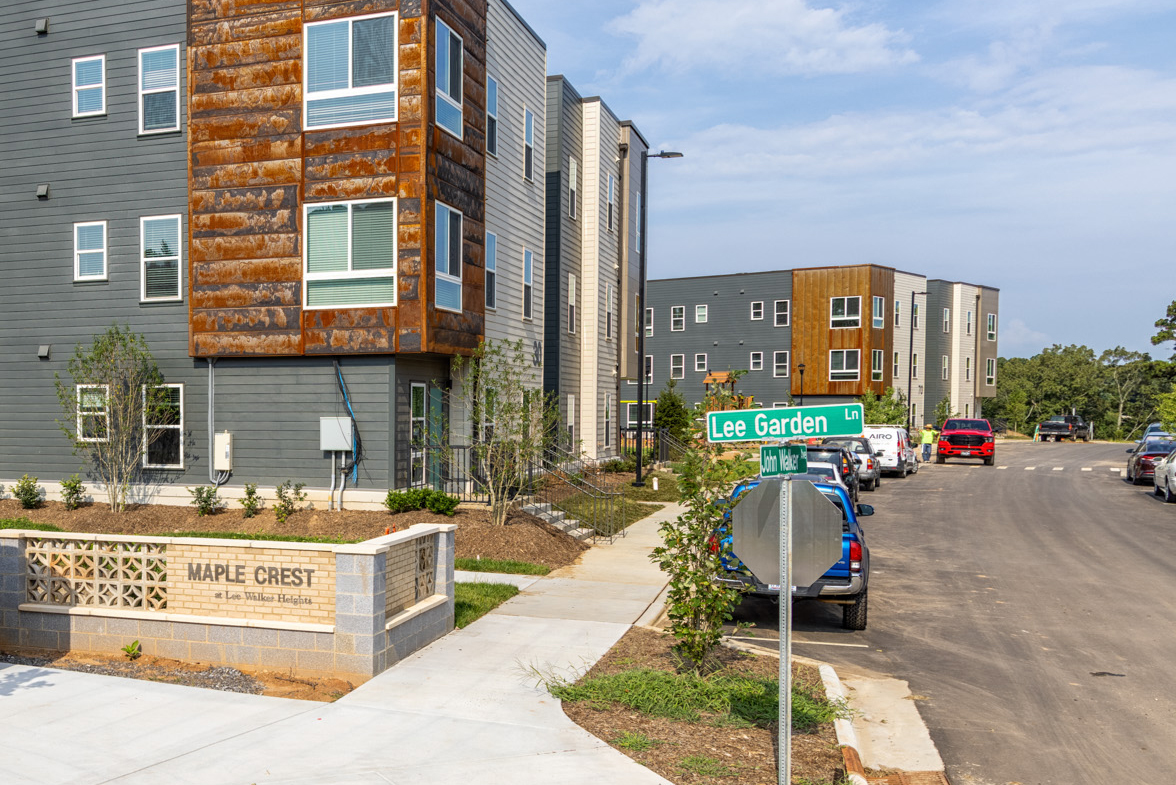 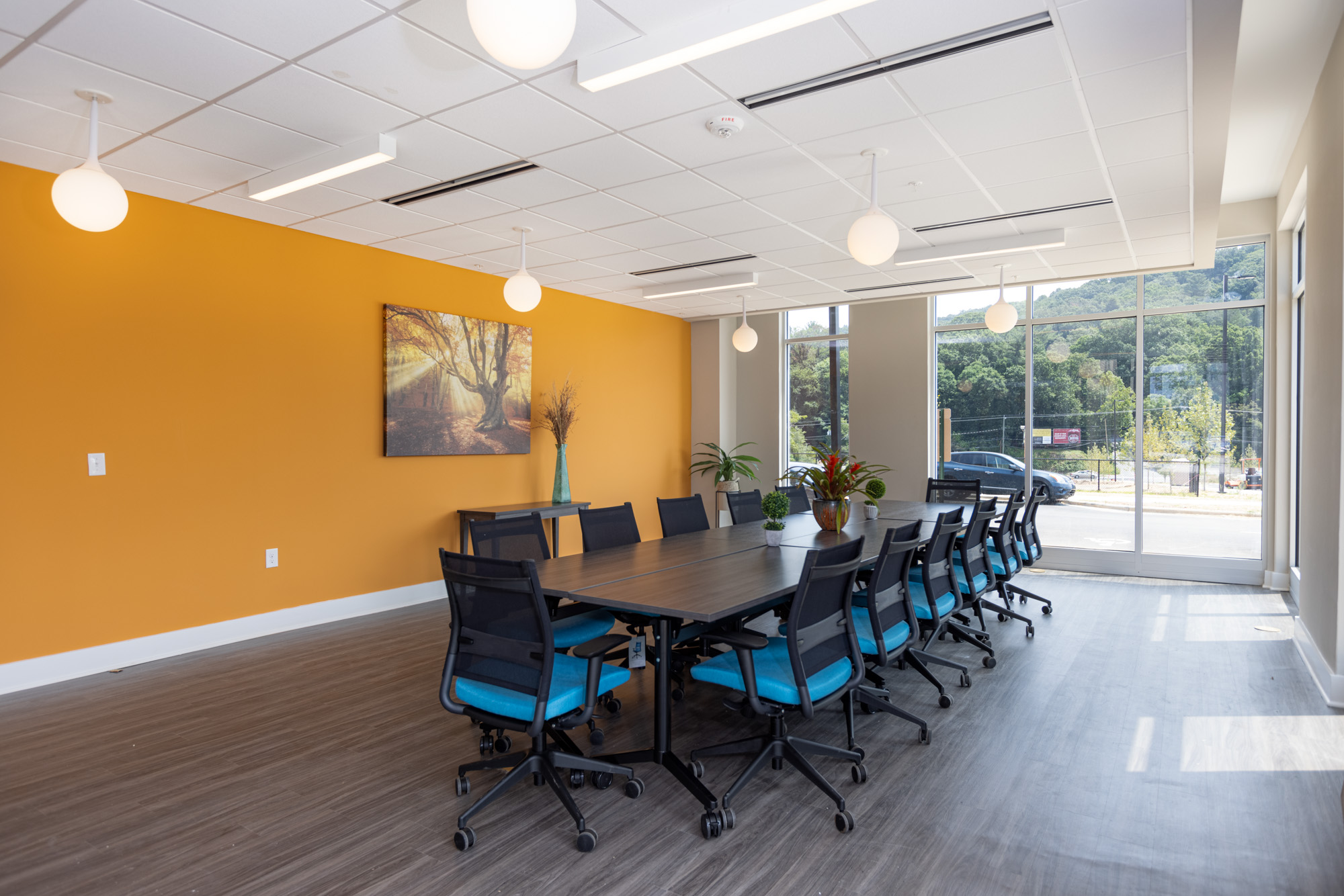 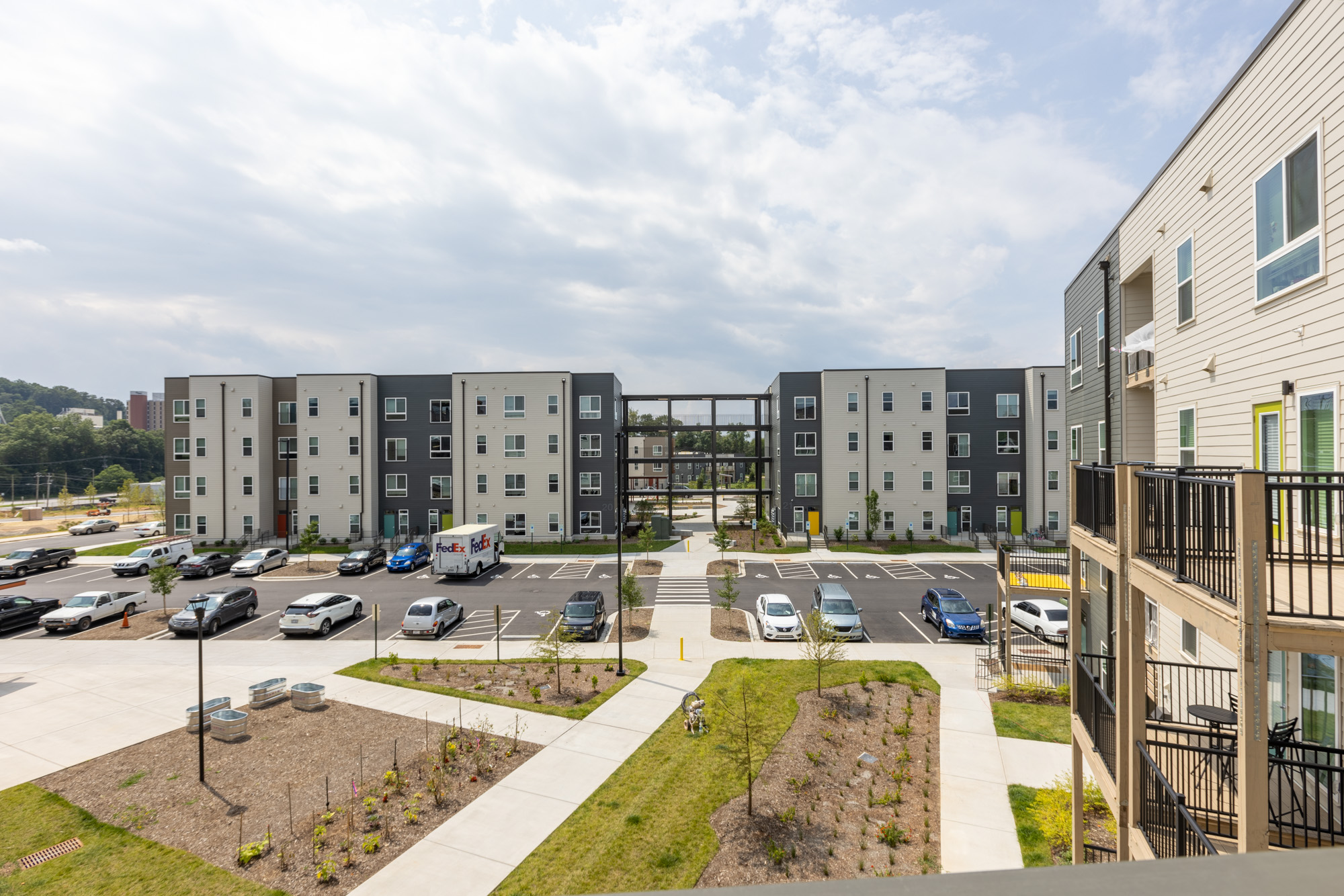 The 2021 Homecoming event is proud to highlight the Maple Crest at Lee Walker Heights community: a stunning 212-unit, mixed-income neighborhood in the heart of downtown Asheville. 96 units in the community are deeply affordable and highly subsidized, while the remaining 116 units are reserved for those who make 60 percent of the median income for the area. The Maple Crest community consists of one-, two-, and three-bedroom apartments that are energy efficient and transient-oriented.

In 2018, the North Carolina Housing Finance Agency awarded federal housing tax credits for a new apartment complex at former-Lee Walker Heights. This notable award was the culmination of joint efforts between Mountain Housing Opportunities and Asheville Housing Authority. With these funds, the MHO and HACA teams committed themselves to rebuilding the historic yet aged Lee Walker Heights community, originally built in 1950 as the first public housing community in Asheville. As a part of this commitment, the residents in the original 96 units of Lee Walker Heights were provided temporary housing throughout the demolition and construction process—as were they promised relocation aid and an apartment in the brand new Maple Crest community, if they chose to return.

Residents of the late Lee Walker Heights community were deeply involved in the new build. They provided insightful feedback that helped guide the planning of the Maple Crest community and even had the option to be a part of the Resident Advisory Committee. Along with the Energy Star appliances and low-flow plumbing fixtures, Maple Crest at Lee Walker Heights boasts 9,000 square feet of common areas, including play areas, community rooms, and bike storage and repair. In order to connect the residents to public transportation and prosperous downtown, the build includes a second access road to Biltmore Avenue. 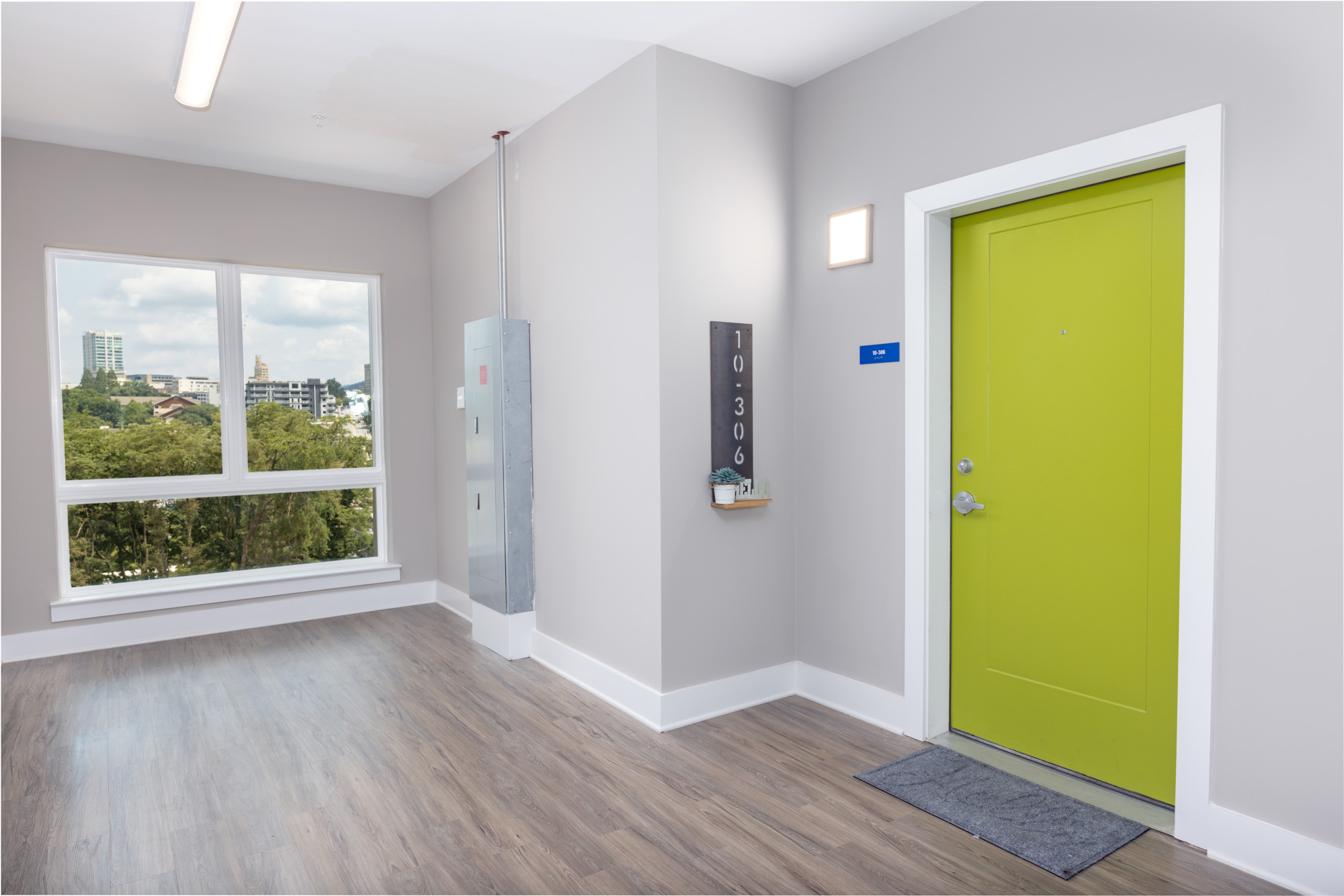 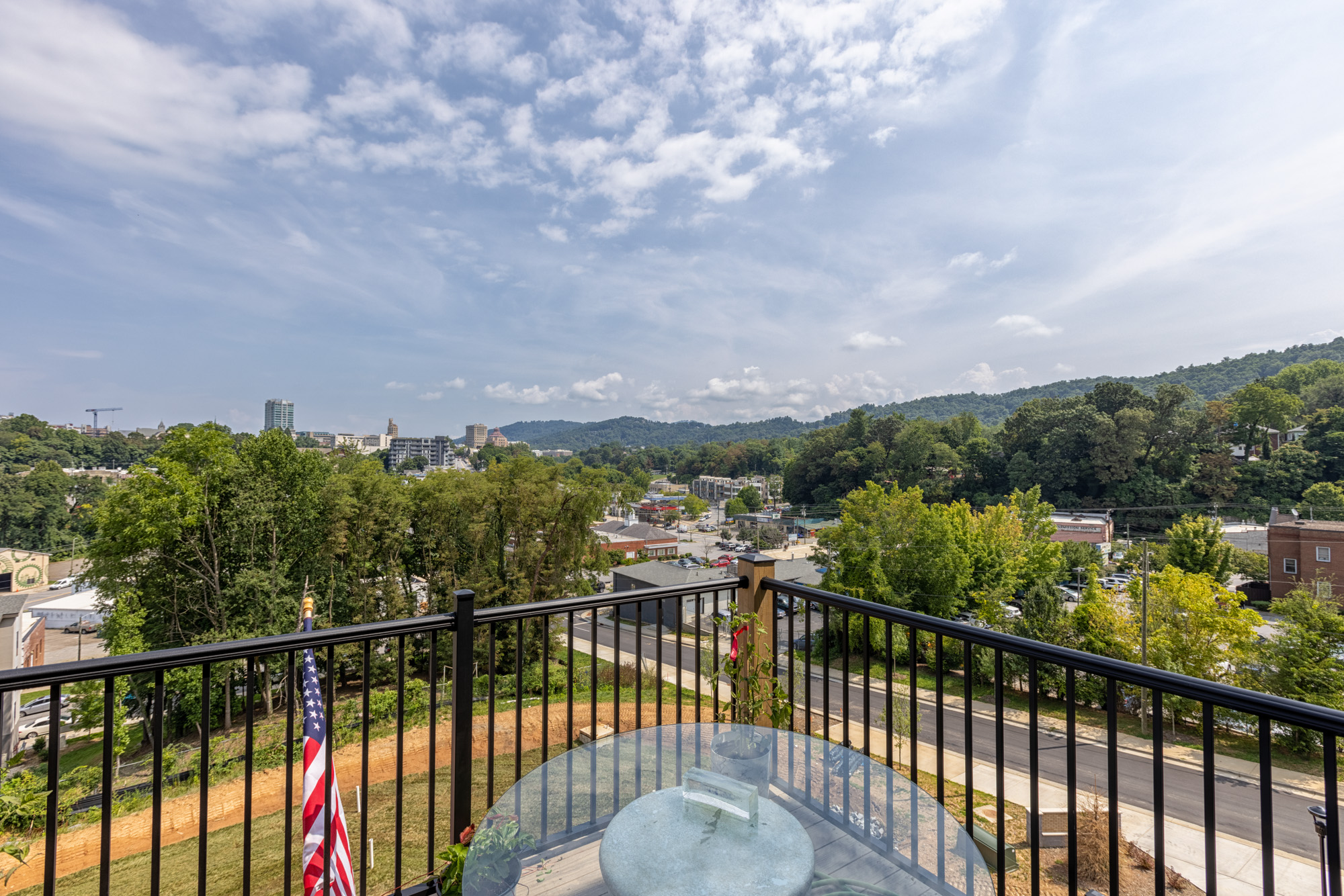 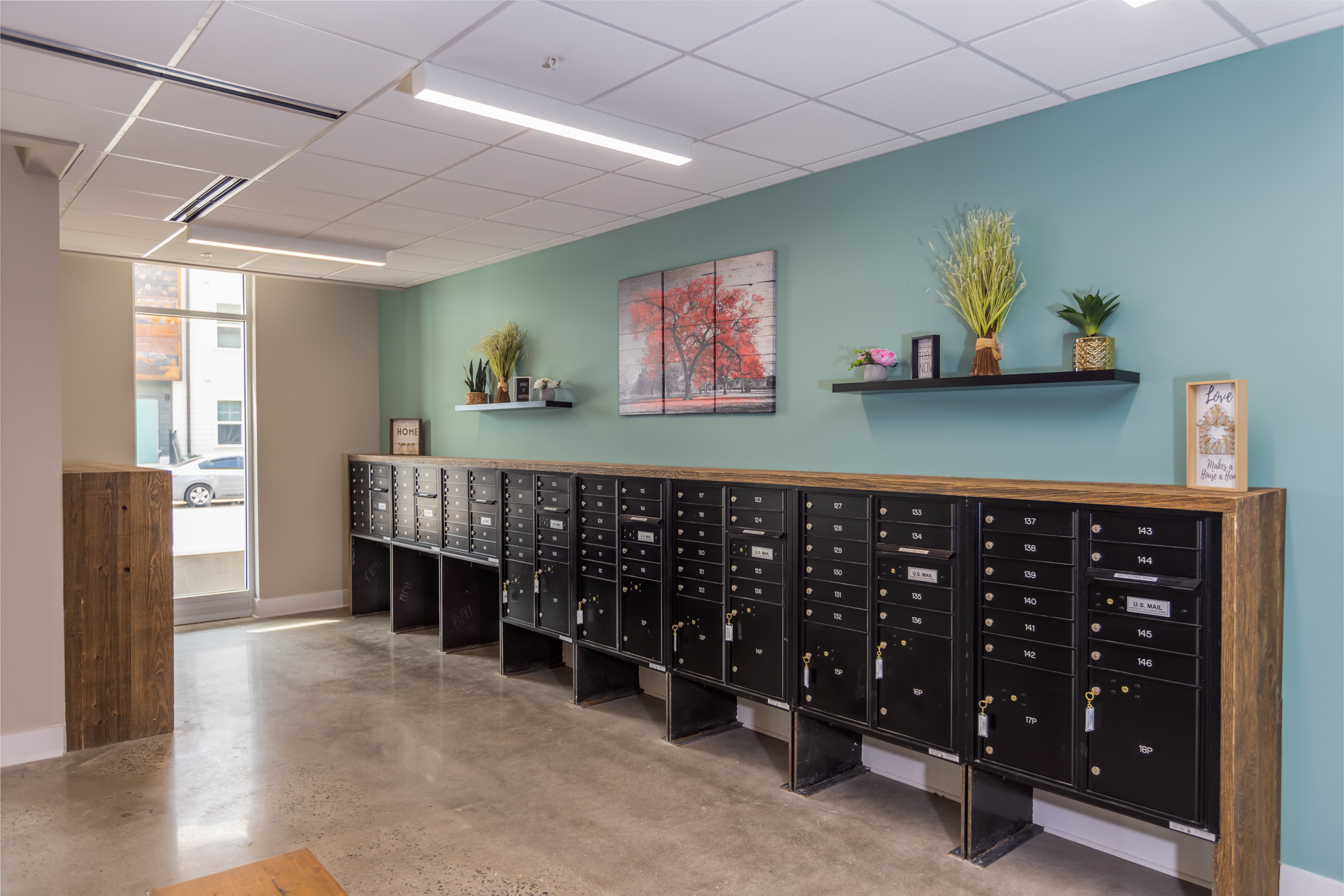 Celebrate the homecoming of Maple Crest.